Zordoom Prison… a dangerous dungeon of death and destruction… a deadly den of devious desperados damaged by decades of d… uh… Lets just say they're criminals.

Zordoom Prison was an infamous prison on planet Viceron and was the most feared location in the Polaris galaxy. It was a prison where anyone who questioned Emperor Tachyon or had anything against him was sent for life. Even going there as a visitor could end up in life imprisonment. Slim Cognito was sent there for committing a crime at a rock concert on Igliak. Ace Hardlight was also imprisoned here, apparently surviving his defeat in Deadlocked. An alternative version of the prison/Viceron is in Rivet's dimension.

All second placed gladiators get a free trip to beautiful Zordoom Prison! Come for the bath houses, stay for the Ice Cream Socials. 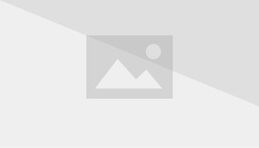 Those unlucky enough to be locked up in Zordoom Prison faced many restrictions. Mocking Emperor Tachyon's name and/or size would immediately result in execution by firing squad. Those that smuggled in contraband GrummelNet items would be forced to listen to Grathorian folk music, which was apparently torturous to listen to.

Even tourists, merely visiting the planet for vacation, would likely end up in jail for life. In addition, gladiators that disappointed Tachyon were also sent here to rot.

While it's stated there are no pardons, this is contradicted in the game when all the Terraklon prisoners, except Lord Vorselon, are released from Zordoom.

The Zoni showed Clank a vision of Talwyn Apogee, who was trapped at the prison. Ratchet, believing the Zoni to be imaginary, at first did not believe Clank, but nonetheless flew to Zordoom and found that Clank was shockingly right. To rescue Talwyn, Ratchet infiltrated the prison with help from Captain Qwark, who drew schematics and communicated with Ratchet over a com-link, referring to him by Ratchet's code name "Dead Meat." Qwark's plan included

utilizing the "grindrail of certain death," a grav-ramp, and jumping down an elevator shaft to reach Talwyn's cell. Ratchet and Clank made it all the way to Talwyn's cell in one piece and used the Decryptor to hack open the cell door. Talwyn helped the duo for a portion of the escape until she went to free Cronk and Zephyr from the scrap compress. The three eventually were able to escape the prison safely. After Emperor Tachyon's defeat, the prison was placed under the authority of the new galactic government.