The Drophyds were a race of fish-like aliens originating from Planet Zaurik. They were minions of Percival Tachyon and were the primary enemy race, along with the space pirates, of Tools of Destruction. They were persuaded to form the basis of Tachyon's army after being bribed with Raritanium. Their armored suits were designed to contain water or some other liquid for them to breathe in. It was possible that the Drophyds had gills and could not survive outside an aquatic environment. When their armor was destroyed, the Drophyds could be seen flopping around on the floor, in their raw form, indicating that they were, in fact a race of intelligent fish. They could be killed with Ratchet's wrench or weaponry for extra bolts when in raw form, but could also be stepped on, which resulted in death for the Drophyd. However, another alternative was to wait until the Drophyd exploded from lack of water.

The Nanotech combat armor they wore was created using Lombax nanotechnology made from materials stolen by the Space Pirates. Their most obvious feature was their eyes; which were very large and yellow.

Drophyds who served as Tachyon Troopers came in a variety of Nanotech combat armor variants. From Rykan V onwards, the suits gained a more reddish appearance, and on Reepor onwards, they upgraded into obsidian armor. These variants were:

A Drophyd Trooper is available as a multiplayer skin in Ratchet & Clank: Full Frontal Assault as part of the downloadable add-on Intergalactic Foot Soldier Pack.[1] 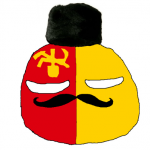 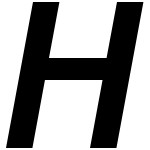